15 Years of Magic and Battle 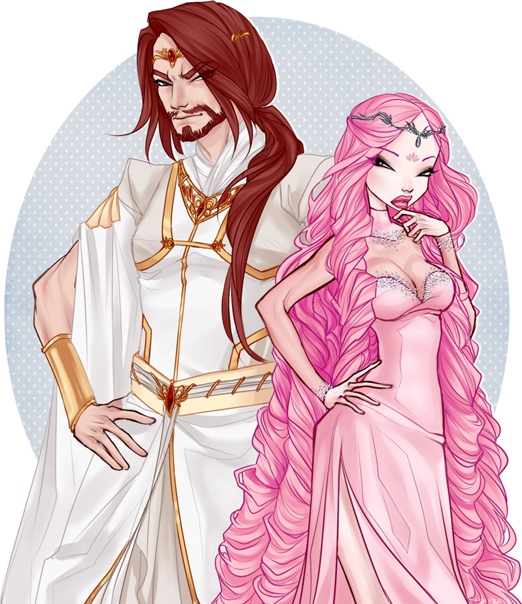 And the other day two big holidays, namely the 15th anniversary of two large franchises, known for the whole World, were warmed off! What do Winx and Samurai Warriors have in common? How do they differ? How did I become a fan of these two worlds, which at first glance are absolutely unlike? Want answers? 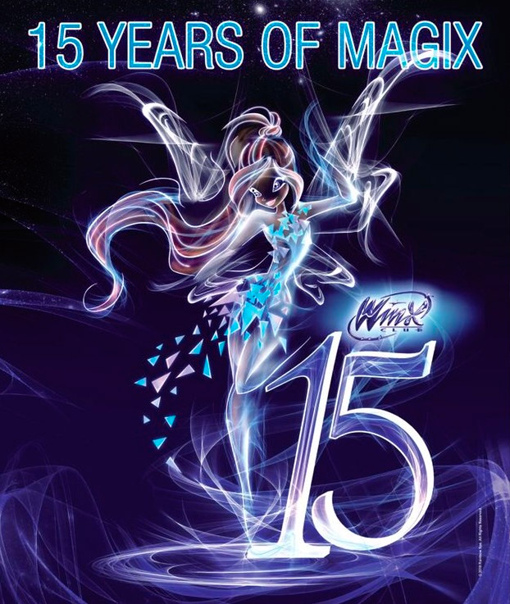 The Winx fairy universe opened to me at the age of 6-7 years. I remember the first time I encountered the heroines of the club in a color magazine presented to me by Mom during a trip to Ryazan) On a pink cover there were five beautiful characters whose bodies were wrapped in sparkling magic streams… then I first met Bloom – my favorite fairy of the Winx club. According to all forecasts, it was Flora who was supposed to become my favorite… well… pink, romantic and tender character, but… I don’t know what, but something connected me for life precisely with the Dragon Fire Wizard (perhaps the answer lies precisely in Bloom’s leadership qualities and magic features). Then I began to ask Mom to paint red, envied Dad that he had a birthday on the same day as the red-haired fairy… in general, so began my story of friendship with magic. As a child, it was important for me not to miss a single series of the series! Everything was amazing! Excellent oppening, then still an interesting and unique plot, beautiful heroines and, of course, fairy magic. My friends and I came up with our own characters for a long time, wrote stories, painted arts with all the collections of Winx clothes, starting with the usual transformation, ending with side costumes dedicated to individual series or holidays. With the release of the second season, Pixie babies were created – their character, abilities and history were prescribed by us no less than the character-owner himself. With season 3 – pollen, with season 4 – pet Love & Pet… and so on…

If you suddenly look into the albums of the group, you can find two albums, one of which is called “Oichi.” Exactly, the image of Oichi, as we have it now, appeared inside the Winx fendom. Briefly speaking, the plot of the story of Oichi laid the foundation for the writing of the book. Inside the Winx fandom, Lady Oichi Del Elion was endowed with the Magic of Qi – the energy of life with which to manage death and life. And in the design of Oichi we notice… CHINESE AND JAPANESE DESIGNS. Even then, love for the Samuraev franchise took possession of me, but about it a little later… Nevertheless, it is worth saying that this story about girl wizards has given faith in magic to no generation.

The project has a huge number of haters, but mostly these are just those people who did not even try to watch the Winx Club. For this mult is childish for them, for some reason stupid?, snaky, and so is the drawing of KAKAYATASTRANNNAYA… “I do not want to,” they say. Well, it’s yours, but personally, I hesitate to assess something I don’t know anything about… In this “cartoon,” for the first time I saw true friendship, love, magic, the resilience of family ties and selfless sacrifice in the name of the common good. I have nothing more to say but “Thank you” for these beautiful years filled with magic and beauty… and remember, the main magic and magic within you ~

The introduction to the Samurai Warriors franchise occurred during my 5th grade training. A toy with a beautiful picture on the cover was presented to me by the Pope in honor of a good end to the academic semester. Then I had only Wii. As soon as I started this game… I fell in love. The beautiful design of only accessible characters, among which was OITI itself, simply could not but please the eye of a little girl. My first game character was Kai – a student of Khljo Ujiyasu – the head of the Khojo clan, competing with a ninja girl named Kunoichi in the struggle for the heart of the brave warrior of the Sengoku period – Sanada Yukimura. An excellent video immediately riveted my look to the screen, but as soon as the game began… I did not understand WHAT TO DO!? However, in one I understood the match perfectly in all the details of the game and calmly opened the character behind the character. Then I first met Oichi – the character who shared fate with me on a level with the wizard of the Dragon Fire. Pink outfits, beautiful appearance, elegant weapons and the sweetest character. About the beautiful moment when I first saw her first video about the first meeting with the beautiful Azai Nagamasa – the husband of the beautiful Oichi. She sees a lilac tree growing in the middle of the battlefield, approaches it, reaches for flowers and first TOUCHES HER BELOVED, not noticing how he reached for the same flower XD NAGAMASA RIPS FOR HER FLOWER, WANTS TO STAB IN SHINY SILK KUBAREM! SHE RUNS AFTER HIM, RAISES HIM, THEY LAUGH AND… AAAAA! God, that’s nice! In general, a princess with a charming prince in armor… which may be more beautiful. I’ve been very attached to Oichi ever since. The next game in the series was immediately DW8 and WO3, which came to me as well as the first part of the overall series. Then all kinds of additions to Sanadamaru and Extreme Legends appeared in the collection. In SW4, the design of Oichi upset me a lot… in terms of hairstyle. The beautiful suit did not get involved with such a haircut in any way, so Oichi’s cosplay did not reach the SW4, and it was too late for SW3… but never say never! Thanks to this series of games, I just began to devour historical books and art novels that said at least something about the Three Kingdoms or the Sengoku Era. As a result, I even spent several lessons at the school and at the institute for students on these topics XD And so on the 15th anniversary KOEI made us another gift:

“At yesterday’s Samurai Warriors anniversary strip, President and CEO Koei Tecmo Hisashi Koinuma announced that Samurai Warriors 5 is in the debagging stage and the announcement can be safely waited for by 2019-2020.”

However, what to do now?) Do we make Matsunaga on SW4 or are we waiting for a new part?)

Summing up, I want to again say THANK YOU to Mr. Ijinio Straffi for the faith in unlimited power in magic presented to us, and to Mr. Hisashi Koinum, together with the entire KOEI company, for the knowledge that I received thanks to my interest, which the Sengoku warriors brought up. I can’t hold back tears when I listen to songs from the first Winx feature film, when the devotee Oichi prefers death next to her Husband, life alone, when the brave and fragile fairy of nature sacrifices himself in the name of his sister or finds the strength to confess his feelings to his lover, when the great ruler finally gains power over a country ruled wisely and prudently…. these are my heroes… and… once again… THANK YOU.

And here is a small gift ~ Do you expect cosplay on Fairy Oichi? WAIT, FRIENDS, WAIT ~ 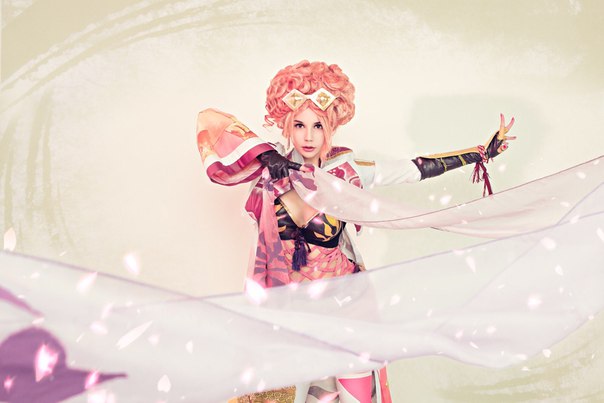 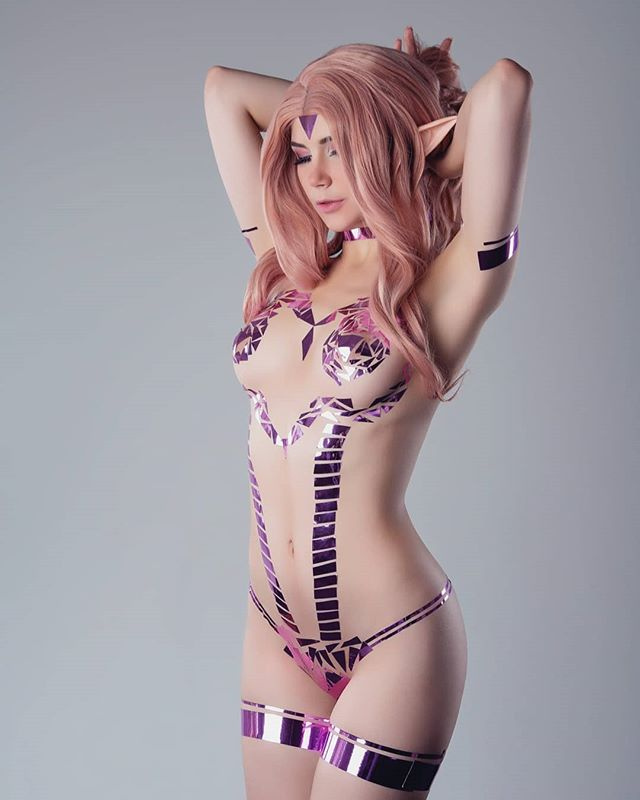 FollowingElsa in hanbok or the price of the “Small Breakaway”Next